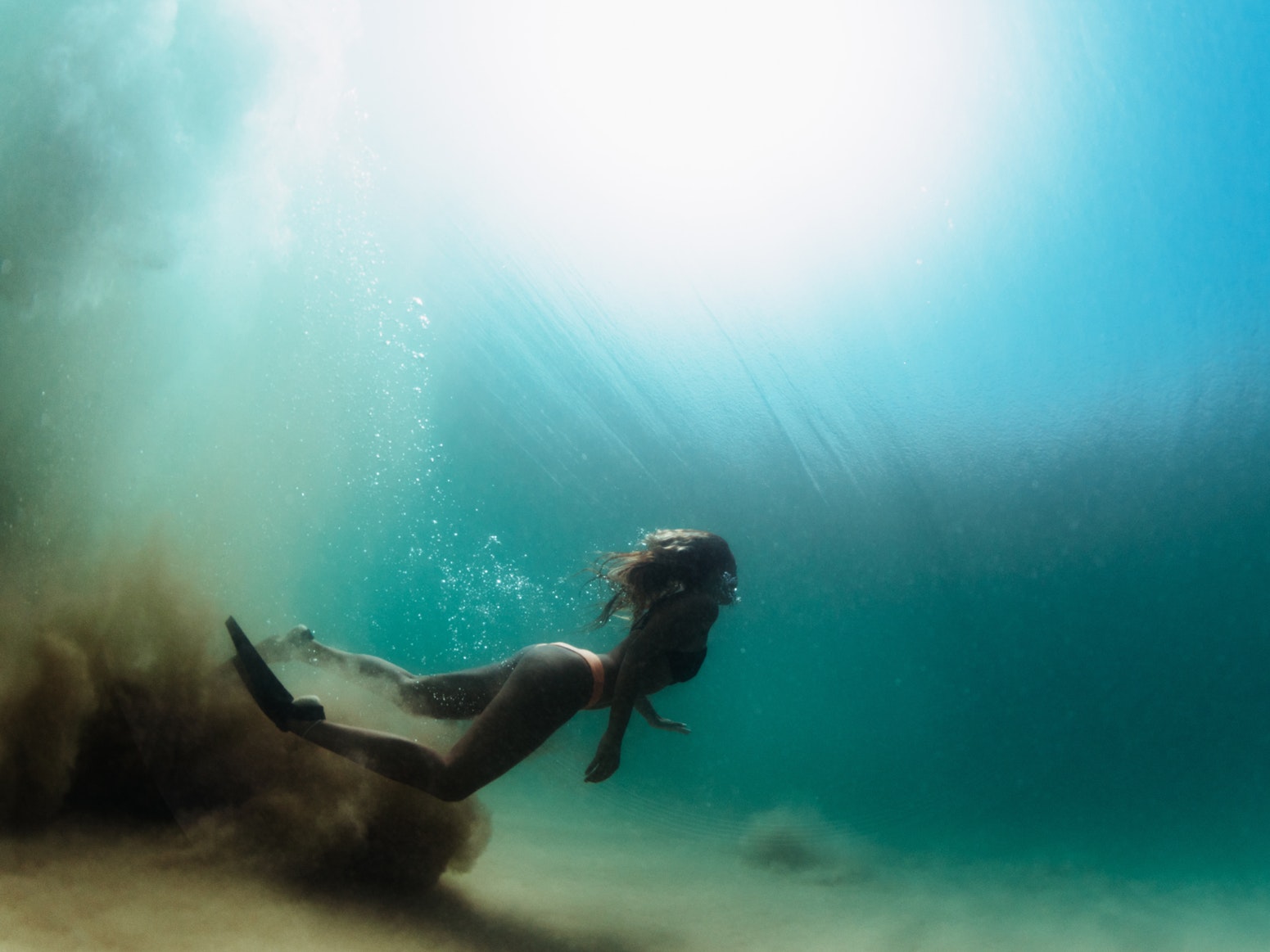 Just a quickie today. I am working to improve my kick. When you swim you need to have your motions flow smoothly. Kick from the hips. Make sure that you do not keep your legs completely straight (here is a good example). That means that you need to allow enough bend in your knees that you slightly break the water.

Your knees can bend but not too much. If you are kicking and your knees are coming down and forward, then you'll actually be propelling yourself backwards.

Make sure you're rolling your hips as you kick with each leg and that your legs are slightly turned inwards so that your feet aren't just slapping up and down.

Imagine you're kicking in a bucket. Obviously point your toes. This should work as a cue. You don't want to take big sweeping kicks, but rather smaller ones so don't kick any wider than the width of a bucket.

Kick faster not deeper if you want to move forward more.

Good form is the most important thing in pretty much every single sport, but much more so in swimming and running. It is easier to get it right from the start, and knowing the right drills to help with that will definitely put you at an advantage.

Swimming, unlike nearly every other sport, has no 'shock' movements.

Water workouts, by their nature, are 'replenishing'. Think of a rehabilitating runner, where do they start? With water-work. The water 'soaks up' injuries. 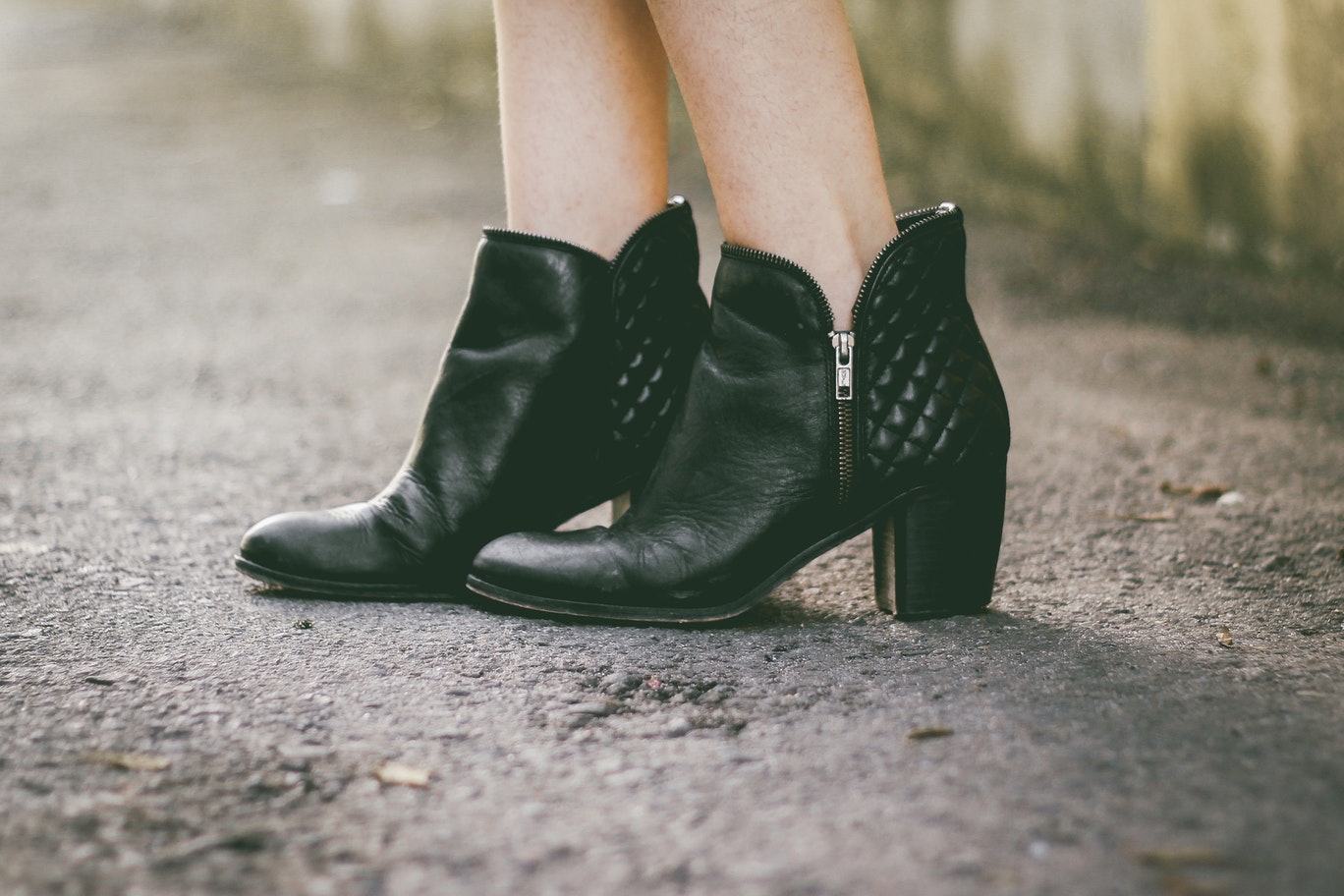 For Running and percentage breakdown use per week:

A variety of shoes to prevent overuse injuries.

For walking around the city I like a little more comfort, something casual:

I wear — or have worn other shoes — one example would be my Boracay's are a weird shoe, at least for me, which I didn't list.

They feel fine and can put up a good amount of miles, but they're just different somehow.

I only wear them when I don't want to wear the other shoes and though I have tried I have been unable to pinpoint why.

The Saucs are versatile forever shoes, the 1400 is a solid track/race shoe, and the Cloudflow is this goofy-fun tempo shoe, but the Boracays are something else. I would suggest giving them a try if you are having a hard time finding a shoe that you like.

Written by
Georgia
Posted in
Uncategorized
Comments
Leave a comment

I've been playing the game for years! I have my main pets, then always have one lab pet.

I try to get well-named ones as well. More on that later*

Pretty much any painted pet will get adopted. Any color is better than a basic, so I'm sure you'd get interest for basically anything. And as a seasoned player I think it's nice for those who are just starting out and want the "prestige" of owning a painted pet.

Some good ones are faerie, woodland, halloween, zombie and so on. But I'd suggest picking a well named pet to zap. A name like thrtjhre_432 won't get much interest, even if it has been painted well.

The labray is a fun addition to the game, I love it when I get a new color! It makes using it so exciting.

I know some people look for owners but, honestly, I am lazy and just send them out into the world again.

I keep a list- pet name, when I adopted, when I put them back in, and what color and stats they had when adopted. It gives me a warm fuzzy feeling when I find that a new owner has dressed them up and given them a nice customization

It's fun to check up on them.

On the downside, it's kind of disappointing when I get a really rare zap and the first person out of several asking for it, gets it. Then when I go and check up on the pet see that they stoped playing Neopets and just left the pet to rot.

Sometimes when I get a color/pet that I don't want to keep for myself I just release it back into the pound.

I don't tell my Neofriends, but in the past when I "abandon" a pet that might be of interest. I had the peace of mind knowing that they will eventually get adopted.

Names are important in NP and picking one that doesn't sound random is what most consider "good." But here are some other tips: