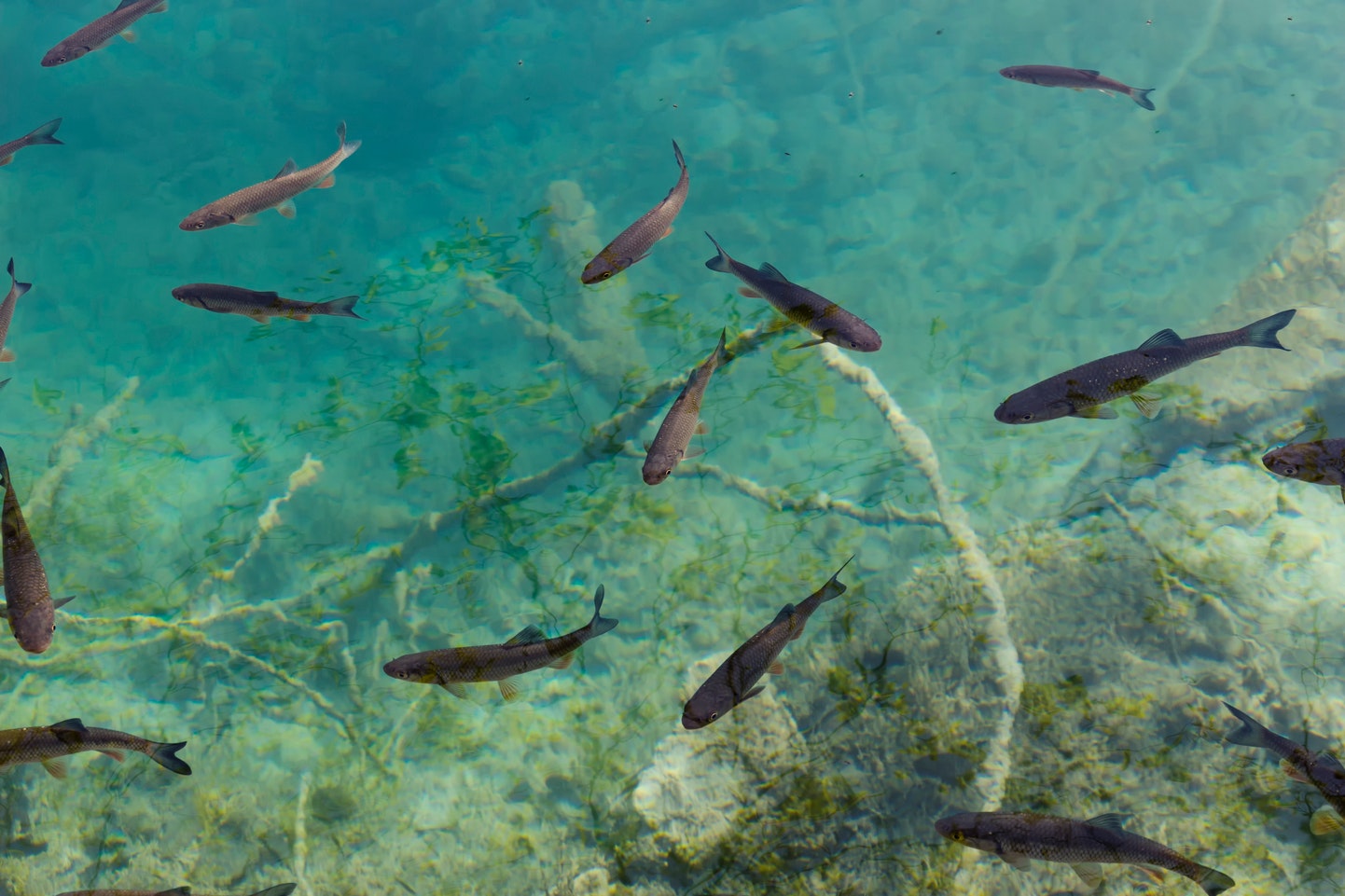 River ecosystems are actually deceptively complex, there's a bunch of different types of organisms living in all different parts of the river. The easiest way to describe it would be to divide the river into three parts: The top layer of water, the middle, and the bottom. Different types of organisms exist in each of these sections, and some are more influenced by river flow than others.

"Plankton" is a general term. It includes a huge variety of organisms.

There are organisms in plants that will get washed into the water and start to grow and then get classified as plankton. There are bacteria in the air that will start to grow in water and then become classified as plankton. Even newborn fish can be plankton as long as they can't swim strong and just go with the flow. Basically as long as they can't move by themselves and are photosynthetic and life in water, it's a plankton.

It's important to point out that Neustonic fish aren't constantly fighting against the current. They can float above or under the surface, and if they wanted to stay in the same place then they'd have to use energy to swim against the river current. These can be fish, or even water striders which float along the top of the water.

Even in the most rapid of rivers, there will always be eddies, fissures, and washouts where fish can literally duck into into to sleep, eat, and mate.

The plankton grow and reproduce in ponds, and lakes upstream.

Even mountain based rivers have millions of contributing streams many of which only add water when they over flow with rains. There is a constant addition of nutrients and organisms that come from everywhere even farmers fields. This why algae blooms happen more frequently.

It's impossible to stop the addition of plankton and other nutrients that are constantly being added, to do so you would have to kill the river. Some systems are so complex that the actual source of the river becomes a disputed issue.

Rivers begin as tiny trucks that combine to form small streams which band together to form a small rubber that grows add it goes along merging with other sources.

The top of the river is not a raging rising body of water washing everything away in its path.